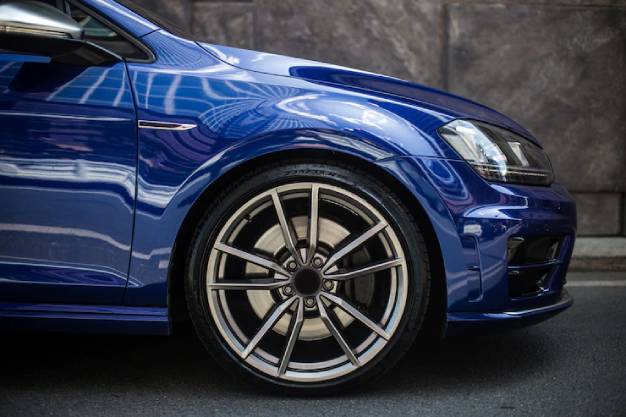 Read below to learn more about what to expect from the upcoming Maruti Suzuki Vitara Brezza facelift.

As for the sides, the new Vitara Brezza gets redesigned alloy wheels, prominent squared wheel arches, and wider cladding as compared to the outgoing model. Further, it is expected to get a larger quarter glass, longer silver roof rails, and a shark fin antennae.

The rear section looks fresh with a set of redesigned LED taillights and ‘Brezza’ lettering across the boot lid. Additionally, the vehicle gets a tweaked bumper with a silver skid plate.

The new Vitara Brezza gets a revamped dashboard layout with a brown colour insert in the centre portion and a free-standing nine-inch touchscreen infotainment system. Further, it gets a new flat-bottom steering wheel with controls and a heads-up display. As for convenience, the 2022 Vitara Brezza will get a 360-degree camera, automatic climate control, a 12V socket in the rear row, and a push start/stop button. Interestingly, for the first time, the Vitara Brezza will get a sunroof.

Mechanically, the 2022 Maruti Suzuki Vitara Brezza is expected to be powered by the existing 1.5-litre, four-cylinder petrol engine which generates 103bhp and 138Nm of torque. This engine will continue to be offered with the five-speed manual and four-speed torque converter automatic options. Further, this engine is also likely to benefit from Maruti Suzuki’s SHVS mild-hybrid technology.

The updated Maruti Suzuki Vitara Brezza will compete against the likes of the recently launched 2022 Kia Sonet, Tata Nexon, and the upcoming 2022 Hyundai Venue.

To Know More Information About Multicar Showroom in Mumbai Visit Vibgyorauto or call us on 91378 88180 or email us on sales@vibgyorauto.com